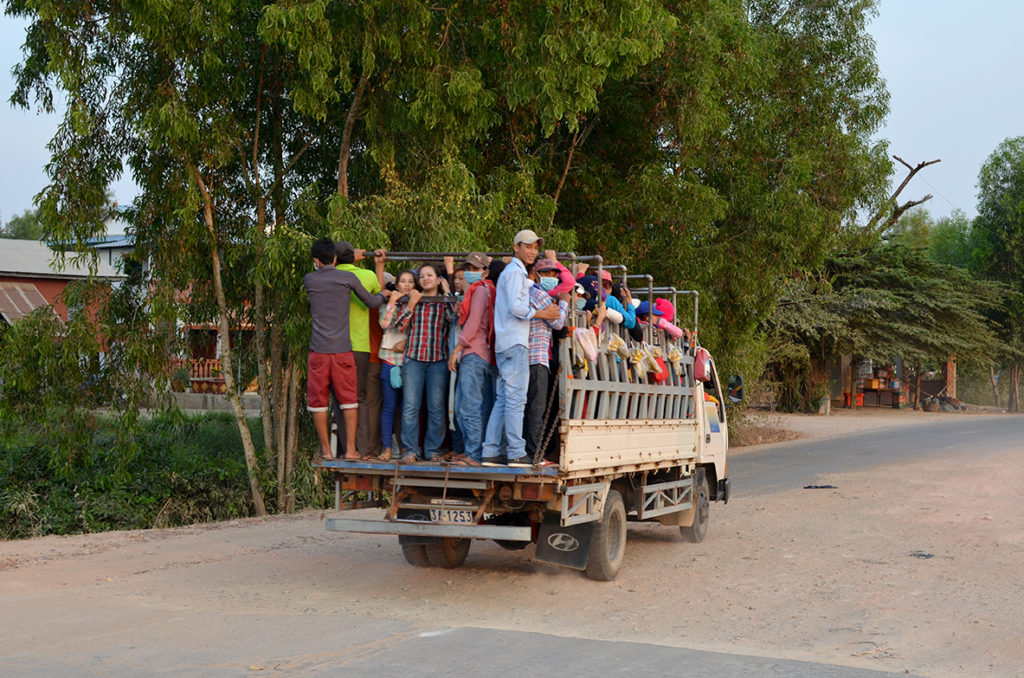 A group of factory workers faced the threat of injury even before arriving at work on Tuesday.

Hauling employees to their jobs in Svay Rieng province’s Kampong Ro district, a lorry’s steering wheel broke and it lost control before veering into a fence.

Nine riders were injured in what police and witnesses say is a common occurrence in the area caused by decrepit vehicles.