Recently I made a trip up to Kampong Chhnang. For the one and a half hour return journey I took a share taxi. It only costs $5 for a barang and because I’m so tall I usually get the air-conditioned comfort of the front seat to myself. After being picked up by a full car, to my surprise we made another stop just outside of town. “Where the hell is going to put another passenger?”, I certainly didn’t want someone sitting on my lap all the way back. Then the driver did something I’d never seen before, he moved over to the middle of the front seat, effectively sitting where the traditional hand-brake would be. He drove all the way back to Phnom Penh this way, legs askew, shifting gears as he went. In the photo, the nearest man is the driver, I wish I had had a wide angle lens for a better shot of the scene.

Incidentally, he did let the passenger in the driver seat out on the outskirts of town, no doubt to avoid a traffic cop fine. I noticed also that the whole way he kept his hands below the line of vision of the windscreen so that from the outside the car had the appearance of having a ‘regular’ driver.

I won’t complain about discomfort in future.

This is the route I took. 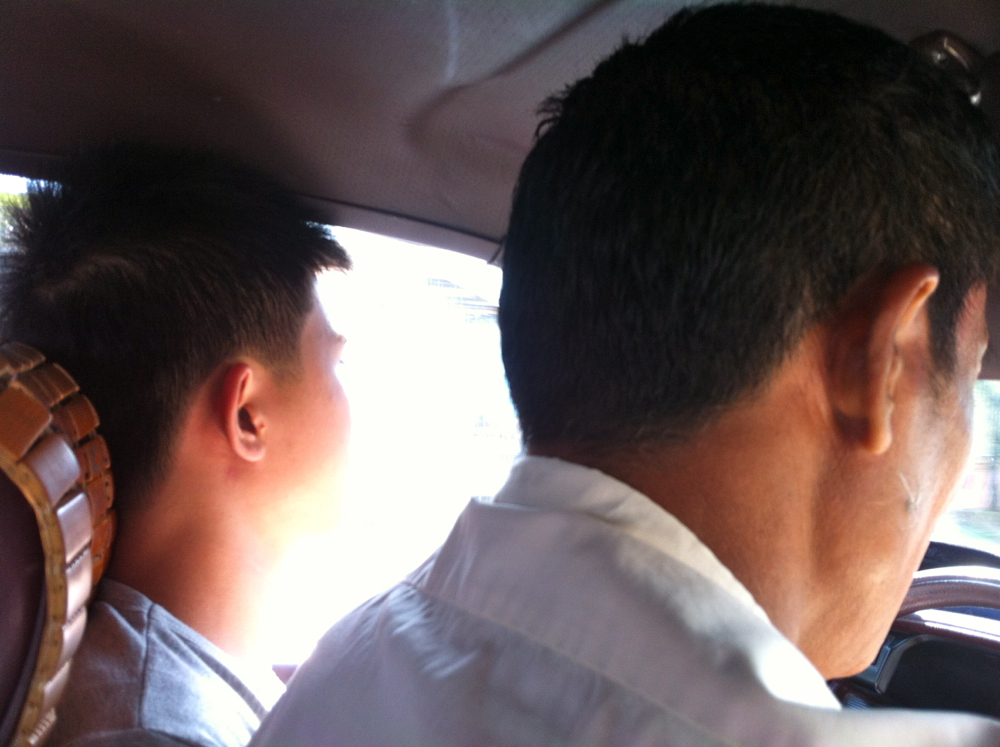