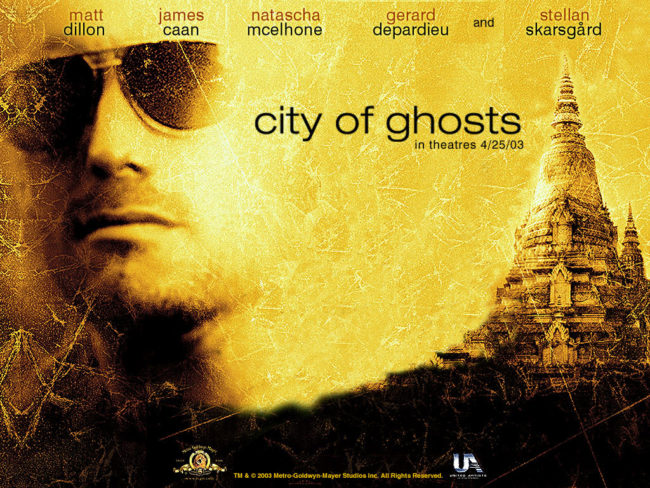 City of Ghosts is a 2002 American crime thriller film co-written, directed by and starring Matt Dillon. It’s about a con artist who must go to Cambodia to collect his share of money from an insurance scam. The film was made in Cambodia, in locations that include Phnom Penh and the Bokor Hill Station.