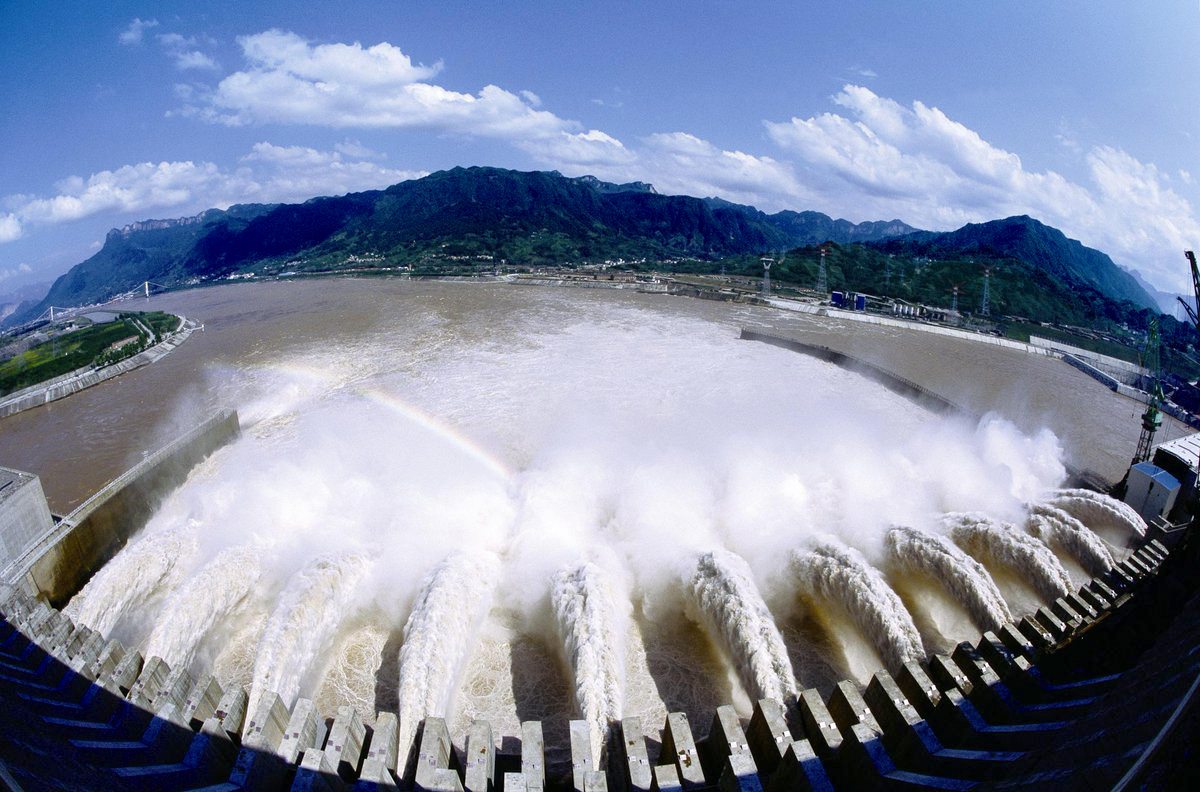 According to a report by Cambodian Minister of Mines and Energy Suy Sem, the plant has eight turbines and each turbine has installed capacity of 50 megawatts.

The construction of the whole project is almost completed, as the first turbine will be put into operation in November, and all of the 8 turbines will be fully operational in October, 2018, he said.

The project is a concessional contract of a 45-year build-operate-transfer (BOT), of which, 5 years for construction and 40 years for operations, the minister said, adding that the plant is estimated to produce 1.9 billion kilowatt-hour per year and the electricity will be sold to the Electricity of Cambodia at the fixed price of 6.95 U.S. cents per kilowatt-hour.

The plant could generate tax revenue about 30 million U.S. dollars per year when it is fully operational.

Speaking during the closure ceremony of the water gates, Cambodian Prime Minister Samdech Techo Hun Sen said the project is a new achievement in the development of energy sector in Cambodia.

“I can say that it is the biggest-ever hydroelectric power dam in Cambodia,” he said.

Hun Sen said since the past until the present, Cambodia’s northeastern region, including Stung Treng, Kratie, Ratanakkiri and Mondolkiri provinces, had relied on electricity mainly imported from neighboring Laos.

“But from now on, especially when the first turbine starts operating, residents in these provinces will have access to long-term and reliable electricity with cheap prices,” he said.

The Lower Sesan II Hydropower Plant is 56.5 meters tall and covers a 36,000 hectare plot. The project has affected 860 families in six villages. To date, 752 families, or 88 percent of them, have accepted compensation and relocated to new villages.

“There is no any development in the world that does not affect environment; it’s just small or big impact only,” the prime minister said. “This project will provide great benefit to socio-economic development and poverty reduction, especially in the northeastern region.”

Huang Yongda, president of China Huaneng Group, the parent company of Huaneng Hydrolancang International Energy, said the project was a testament to the fruitful cooperation between China and Cambodia under the framework of the Belt and Road Initiative.

“This is also a key achievement in energy cooperation between China and Cambodia,” he said.

China is the largest investor in developing hydroelectric dams in Cambodia. According to the Cambodian Ministry of Mines and Energy, Chinese enterprises have invested for seven dam projects in Cambodia.