Cambodia Sees Its First Month Without Mine, UXO Victims 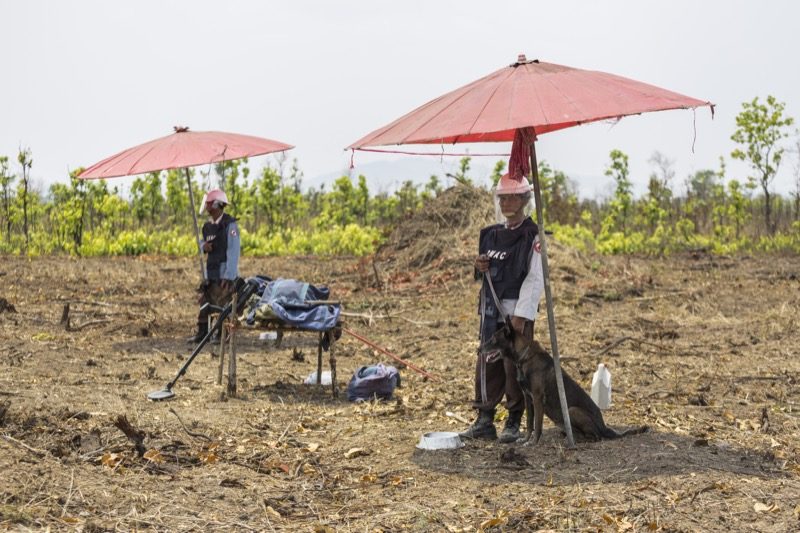 From The Cambodia Daily

Deaths and injuries from old landmines and unexploded ordnance over the first six months of the year fell nearly 60 percent compared to the first half of last year, and included one month with no recorded casualties at all for the first time in memory.

Old mines and ordnance, left over from decades of war stretching from the late 1960s to the 1990s, killed six people and injured 26 from January to last month, according to records kept by the Cambodian Mine Action Authority (CMAA). Over the same period last year, they killed or injured a total of 51 people.

This year, CMAA recorded no deaths or injuries at all in March, the first time it has done so in many years, possibly since its records began in 1979, the year the Khmer Rouge was overthrown.

Heng Ratana, director-general of the CMAA’s demining arm, the Cambodian Mine Action Center (CMAC), said annual figures were much more telling because monthly numbers could vary wildly and were heavily influenced by luck.

Still, Mr. Ratana said he was not aware of any other month without a single casualty and welcomed the achievement.

“When we see zero casualties that’s always a good sign,” he said.

Cambodia also hit a milestone last year, when deaths and injuries from old mines and ordnance over the course of an entire year fell below 100.

Mines and ordnance have killed or injured more than 64,600 people since the fall of the Khmer Rouge, though annual casualty rates have fallen significantly, especially after the last of the communist rebels laid down their arms in the late 1990s.

But most of the accidents that continue to occur still happen in provinces along the Thai border, where the rebels made their last stand and where the Vietnam-backed government in Phnom Penh laid down millions of mines to keep them at bay. The K5 belt running along the border remains one of the most heavily mined stretches of land in the world.

CMAC has cleared millions of mines and ordnance across the country with the help of a few private operators and millions of dollars in aid from other governments.

But roughly half the country’s minefields have yet to be cleared, and a recent report commissioned by the U.N. concluded that Cambodia was unlikely to meet its new target of being mine-free by 2025. The report said deminers were not focusing enough resources on the most densely contaminated areas and too often clearing places with little or no mines.

CMAA is currently working on a new national demining strategy that would take the country up to 2025, though it has expressed little interest in addressing some of the problems the U.N. report raised.

Mr. Ratana said the government was hoping to have the new strategy approved by the end of the year.